Friday, the day of the U.S. Presidential Inauguration, belonged to Donald Trump, but Saturday was for the 65,844,954 Americans who voted for Hillary Clinton–and the millions of people around the world who fear the upcoming reign of Donald Trump as the most powerful person in the world.

Women and their supporters marched in Washington, Congo, Berlin, New York, Peru, Mexico City, London, Chicago, Belarus, Sydney, Boston–a total of 673 cities and towns around the world. I haven’t marched in a major protest for years, but when I heard about the Boston Women’s March, I knew I would be part of it.

Throughout Boston, Cambridge, Somerville, Quincy, Arlington, wherever there was a train station, people flooded onto the “T,” heading for Boston Common.  Dating from 1634, this is the oldest city park in the United States.  It was  used for public hangings until 1817, and is where the British camped in 1775 before leaving to battle the colonials in  Lexington and Concord, which signaled the start of the American Revolution.

The trains were absolutely packed, with everyone clutching onto whatever they could to stay upright.

As we reached Boston Common, a sea of pink Pussy Hats brightened a leaden sky:

And then we started to peruse the signs. 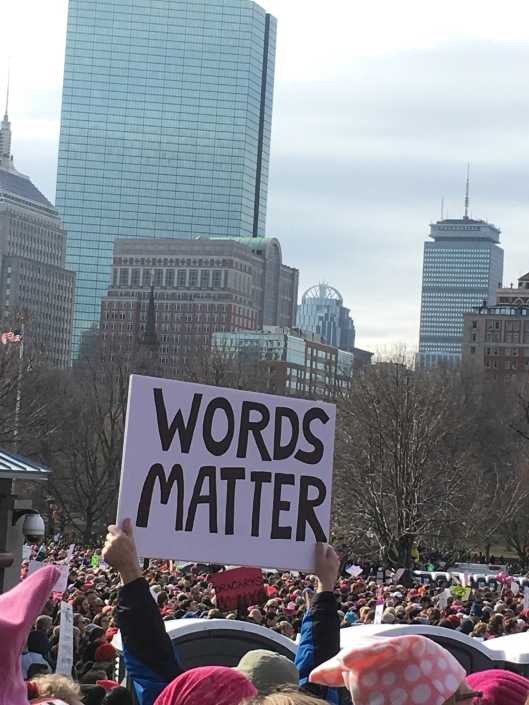 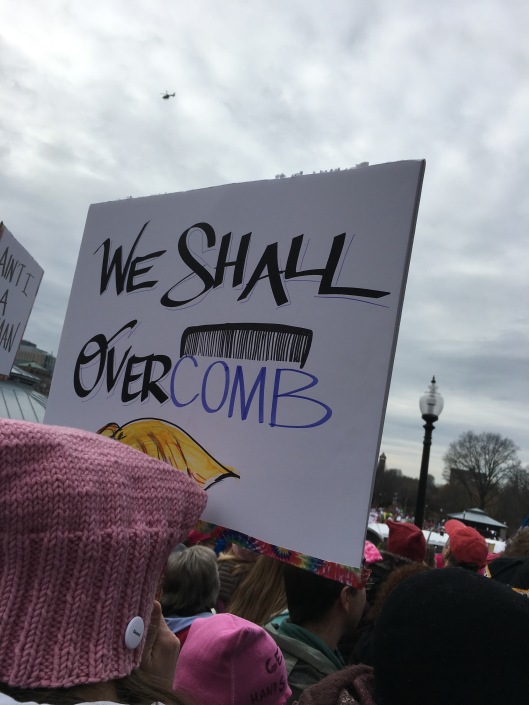 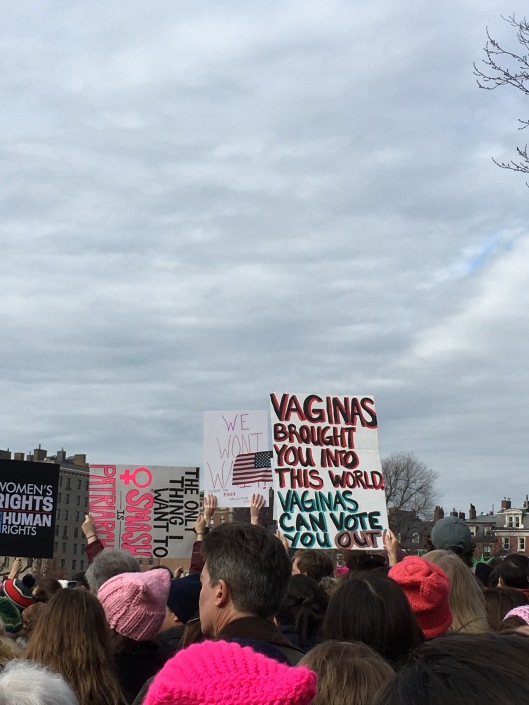 We listened to speeches from Massachusetts notables, Senators Elizabeth Warren and Ed Markey, Attorney General, Maura Healey, and Boston Mayor Marty Walsh.  When the march began, we stood in place for another hour as we waited for the bottleneck of people to clear.  The organizers apologized:  they were expecting 25,000 people, but at that point it was clear there were many more, with the final tally at 175,000.

After the march, many of us sojourned to the Public Garden,  one of the most beautiful city parks in America:

At the “Make Way for Ducklings” statues, Mother Duck and her ducklings were adorned with Pussy Hats:

There were children of all ages, from babies to teeenagers: 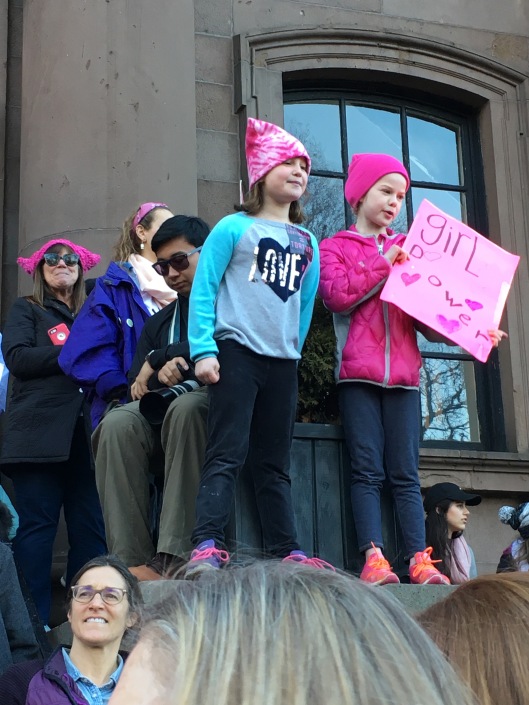 At Arlington Street, bubbles cascaded from the Arlington Church, protesters called out, “This is what Democracy looks like,” and bells rang out “We Shall Overcome” and “God Bless America.”

It is estimated that over 5,000,000 people around the world marched, providing a powerful message about how they want Democracy to prevail in the most powerful nation on earth.

This beautiful song was sung at the Women’s March in Washington.  I haven’t heard anything this gorgeously rendered in a long, long time.  Have a listen: